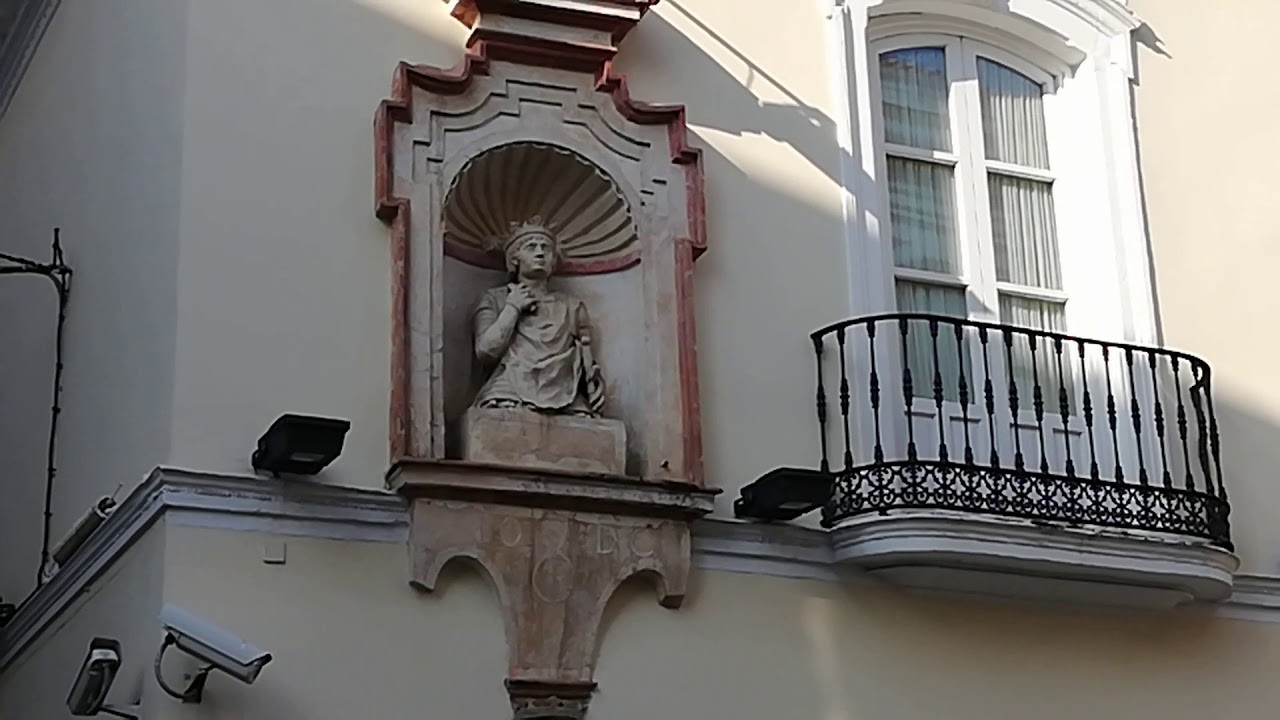 King Pedro (called the Cruel) was the ling of Castile and León from 1350 to 1369. In Seville there is a street called Calle del Rey Don Pedro and here is why…

King Pedro (called the Cruel) was the ling of Castile and León from 1350 to 1369. In
Seville there is a street called Calle del Rey Don Pedro and here is why…
The legend says that one night the king was walking the streets of Seville, alone and incognito, either in pursuit of an “affair of the heat”, or to see if no crime committed in
the city’s streets went unpished as claimed the mayor Domingo Cerón. During so, he
had an altercation with a stranger, swords were drawn and the king (Peter) killed the
man. During the fight, an old woman aroused by the noise, came to her window and
by the light of a candle, saw the men fighting and the striking of the fatal blow. As
Peter fled the scene she dropped the candle in fright into the scene below. The next
morning, word came to the king’s ears that a nobleman of the house of Guzman, who
supported the claim to the throne of Peter’s bastard half-brother Henry, had been
assassinated and that a witness to the crime, the old woman, had been found. When
the king questioned her, he realised from her description that he himself was the
assassin. Having already promised that the killer would be found and his head hung
upon the wall, the king was in a quandary. Nevertheless, shortly afterwars, the king
presented a box, which he said contained the head of the murderer, to be hung on the
wall where the killing occurred. When Peter died, the box was opened and was found
to contain a plaster bust of his head. The street was renamed “Cabeza del Rey Don
Pedro” as a reminded of his duplicity, and the adjoining street became “Candilejo”
(candle) for the light that had revealed him to old woman.